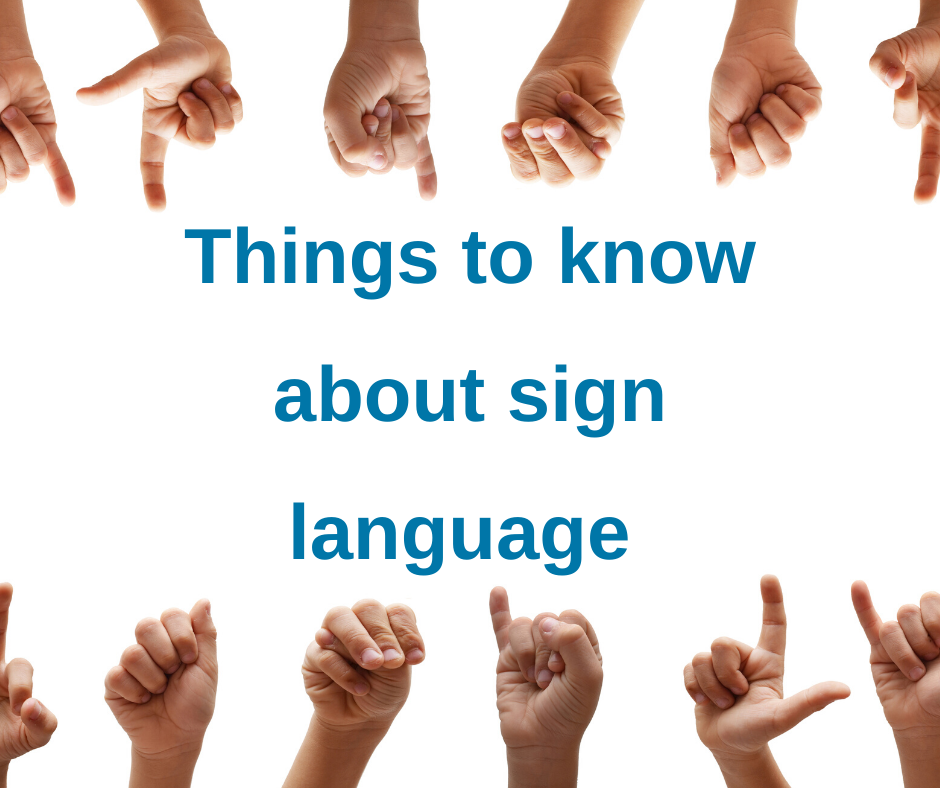 There are currently more than 7,000 actively spoken languages around the world, according to the compilers of the languages catalogue Ethnologue.

Few of us can claim to have encountered even a small fraction of those, but nearly everyone is familiar with sign language, even if only from catching signed television broadcasts.

Sign language is not just a language in its own right - in fact it is several languages, depending on where you live in the world.

Here are five things to know about sign language that might help you to learn and understand this distinctive form of communication.

There are even variations within each version, especially as you travel longer distances or encounter speakers in more remote areas.

Don't be afraid of this - regional dialects are a feature of all languages and allow the language to evolve over time to include new words that are needed for life in each location.

Sign language is not just used by the deaf and hard of hearing. It can also be used by people who might have a medical reason why speaking out loud is difficult.

You can also see versions of sign language in many walks of life, from the 'OK' hand signals deep sea divers give to their diving buddy, to the 'tic-tac' language used by bookmakers at racecourses.

3. Bigger than you think

British Sign Language is spoken by over 150,000 people in the UK and is the preferred language for 87,000 people according to the British Deaf Association.

That means about one in every 350 over-16s in the UK can communicate to a good standard in BSL - and many more will know some basic words and alphabet spelling.

Sign language works as part of your overall methods of communication. For deaf people that can include lip reading, while if you're partially hard of hearing, sign language could be a useful alternative in noisy environments.

Even if your hearing can be fully corrected using hearing aids, sign language gives you a way to communicate with other people whose deafness cannot be compensated for, or at times when you have removed your hearing aids temporarily.

Sign language doesn't have to be followed 100% perfectly,and fluent speakers tend to be more expressive about their hand actions and corresponding facial expressions.

You can see this on signed drama performances on TV, when the interpreter in the corner of the screen often appears to be acting every line and every emotion along with the cast.